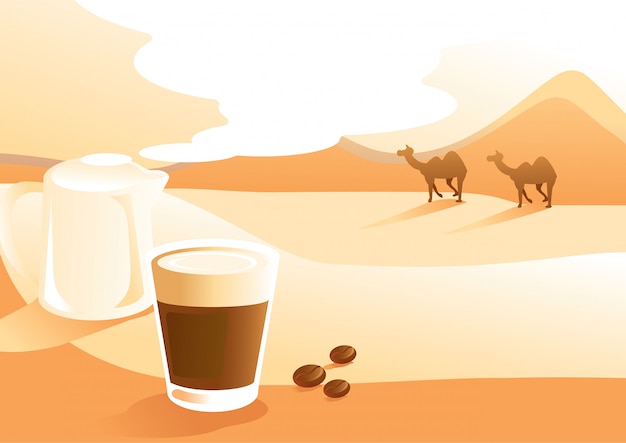 Did you know the benefits of camel milk?


In addition to the importance of camels in the life of the desert and its inhabitants, camel milk has been used since ancient times for many therapeutic purposes in the population of Africa, the Middle East and Asia, and is characterized by a dark white colour has a sweet smell and sharp taste, and can taste sometimes salty, and the difference in taste Camel milk.
Science has not paid attention to the importance of this milk until recent years, where recent scientific research has focused on the study of camel milk and its components and medical and therapeutic uses, and reached the fact that camel milk closer to the composition of mamilk.

It contains 3.1% protein, 4.4% lactose sugar, 0.79% minerals, and the percentage of total solids in it is 11.9%, which is close to the proportion of total solids in breast milk, and the balance of water in camel milk between 84-90%, so that different This percentage varies depending on the availability of drinking water for camels.
The higher the amount of water available for drinking, which is a defensive mechanism to ensure the infant's water needs in cases of drought.


The benefits of camel milk therapeutic:

There are many therapeutic benefits of camel milk, where research found that it has an essential role in autoimmune diseases, metabolic disorders, hepatitis, diarrhoea caused by a virus Rotavirus, tuberculosis, cancer, diabetes, liver cirrhosis, rickets, autism and Crohn's disease.
Camel milk is a good source of protein, calcium, phosphorus, vitamin C and niacin. Camel milk improves the body's natural defensive functions and can play a role in the resistance of many bacteria and viruses.


Benefits of camel milk for hepatitis:


Benefits of camel milk in cancer:

Camel milk is popularly used in  Cancer cases
Some studies have found the ability of fluid to prevent the formation of new blood vessels caused by inflammation and have also found fatal effects of liver cancer cells by inhibiting the gene expression of one of the enzymes necessary to activate carcinogens. Not all of the compounds responsible for fighting cancer in camel's milk have been identified to date, but Lactoferrin has been found to have significant effects.

Camel milk was found to have anticoagulant effects, as it was found to lower the blood level of fibrinogen in diabetic rats, indicating the protective effects of camel milk in cardiovascular disease.
Tags: FOOD, Healthy food