Home   Did you know What do you know about Hoopoe?

What do you know about Hoopoe? 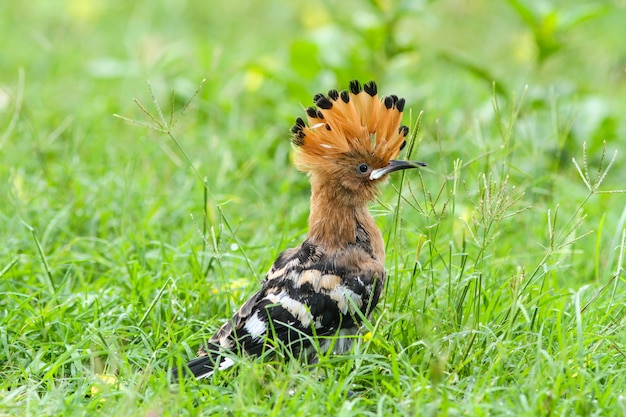 What do you know about Hoopoe?

Hoopoe is the king of birds in ancient Greek civilisation. It is a beautiful bird that we would like to see and look forward to its actions, especially in the morning. But what do we know about Hoopoe as a bird?


General characteristics of the Hoopoe:

Hoopoe is a bird with unique colours, ranging from cinnamon to chestnut. Its length ranges from 25 to 29 cm and weighs up to 57 grams. It has two wings that harmonise black and white in a layout that differs from other birds. Above his head is a crown of feathers, usually upright, dyed chestnut with black edges.
The average age of the Hoopoe is 10 years, and its breeds are 9 different. They differ from each other in the colours and behaviour of the feathers and the types of insects they eat.
Hoopoe makes a traditional nest like other birds.
the Hoopoe lives in Africa, Europe, Asia and Madagascar. The birds build nests on one of the branches in the right angle from the gathering of a lot of straw sticks and the appropriate materials, so Hoopoe is different in building a nest from the rest of the birds. He searches for stomata in tree trunks, slopes or stomata in walls. To prepare him to become his nest. But the hoopoe does not clean its nest, so the smell of their nests is usually stinky.

Hoopoe deals with insects and earthworms. When the Hoopoe hunts, an insect hits its body in the ground until it removes the wings and legs and then throws it into the air and pick it up with its beak to eat it.The African Hoopoe also deals with lizards, frogs, small snakes, seeds and berries.
Female Hoopoe males are similar in colour and height, but their colours may be somewhat pale for males.

Hoopoe is usually a quiet bird whose voice is often heard only in the spring and summer mating season where he invents his song, which he sings with a repeating monotonous voice to attract female attention.
The female lays between 4-7 eggs at first, between blue and green, but soon turns brown. The incubation period lasts between 14-20 days in which the female remains on the eggs to warm them, and the male brings her food. To get out the small chicks without blind feathers like the rest of the birds. The father shall
The mother carries the menu to the young in the nest for 26-32 days, then the small discharges become birds that can rely on themselves.


Protection of young children from predators:

The female dumps the young with a lousy smell liquid out of her gland to keep away from any predator as it keeps them from bacterial diseases that may infect them in their young. After a week of hatching, young people can make snake-like or snake-like sounds to scare away predators and get them apart.

Hoopoe prefers to sit in the sand, lying in warm sunlight at rest.


8. Hoopoe numbers in Europe are reduced:

Farmers in Europe use many chemicals in the land, poisoning the area where the hoopoe is digging for food, leading to poisoning and poisoning as well.
Hoopoe is a slow-speed bird in flight, so it is easy prey for falcons.
Tags: Did you know