Home   Did you know What is ovarian cancer, its symptoms and ways to prevent it?

What is ovarian cancer, its symptoms and ways to prevent it?

There are many diseases that go after the girl's reproductive system, and some of them may be very dangerous. We talked earlier about ovarian cysts, as well as fibroids that affect the uterus.

What is ovarian cancer, its symptoms and ways to prevent it? 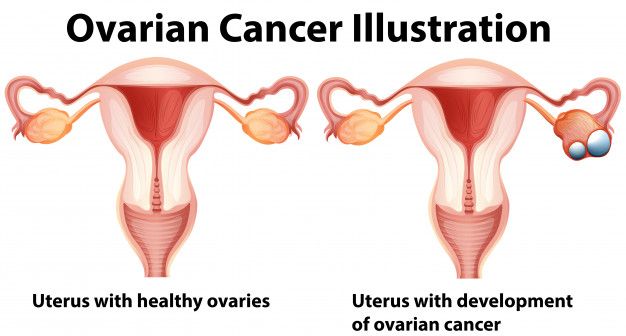 But what we want to talk about today is ovarian cancer. Of course, you've heard about it before, and someone close to you may have had it.
Therefore, we collected everything related to its causes, symptoms, and methods of treatment ...


What is ovarian cancer?

In the beginning, you should know well about this disease. Let me tell you that the term ovarian cancer is a broad concept that includes many types below, which we will explain in the following points ...

1 - Cancers that originate from the phenotypes, which are ovarian covering tumors.

2- Sloppy tumors that do not have the ability to transfer to any other part of the body.

3- Cancers that originate from the ovary, which are the least common.

It seems difficult to determine the causes behind cancerous diseases, but there are some reasons and factors that doctors and specialists see as contributing to an increased chance of ovarian cancer ...


What are the symptoms of ovarian cancer?

Although symptoms of ovarian cancer only appear in an advanced stage, there are signs that you can observe and monitor and we will show you in the following points ...

5- Feeling heavy in the pelvis

7- Loss of appetite and weight gain without reason

8- Increase the number of urination times

9 - Fatigue and a feeling of constant fatigue


How can ovarian cancer be prevented?

Let me tell you that all of us, without exception, do not want to have any of these diseases, so we are always looking for ways to prevent them. According to the doctors, there are some things that can help prevent ovarian cancer or even help to detect it early ...

1- Periodic examination comes on top of the list, as long as you do tests from time to time, your chance to discover the disease early will be better.

2- Maintaining weight and avoiding obesity. According to doctors ’talk, obesity increases the risk of ovarian diseases.

3- It is also known that pregnancy and breastfeeding protect women during this period from ovarian cancer.

Ovarian cancer is treated only under the supervision of a doctor since it requires surgical intervention that is divided into the following types ...

After the surgery stage is over, the intervention begins with chemotherapy.
Tags: Did you know