Home   health News What happens to the Corona virus in hot weather? Will it disappear in the summer?

What happens to the Corona virus in hot weather? Will it disappear in the summer?

The new Coronavirus, "Covid-19," raises controversy, and the scientific truth is lost in the circulation of a huge amount of inaccurate information. 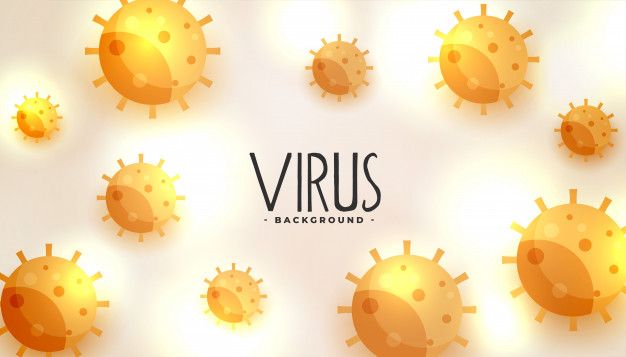 In this report, we summarize the latest scientific research and evaluation of experts and health authorities in Germany and the World Health Organization.

It is still too early to know how the new coronavirus interacts with hot weather, and if it is known from other coronaviruses, it is spreading very slowly in warm circles. It is believed that the cause lies in the UV rays that are stronger in the warmer months, which reduce the duration of viruses in the air or on surfaces, where many fluids are lost and die.
Generally, it can be assumed that hot weather may result in fewer HIV infections.

However, last Friday the World Health Organization played down expectations that the Coruna virus would subside within the coming months and said it was wrong to believe that the virus would disappear during the summer as if it were just the flu.

The seriousness of the virus

The Robert Koch Institute described the risk of Coronavirus to the health of Germans as "moderate" because the course of the disease is often normal and does not take severe forms. However, the matter differs among the elderly or people who suffer from previous diseases, as in this case, the disease can take critical forms that sometimes lead to death.

The ability of the virus to kill

In fact, researchers have not yet been able to determine the exact extent of the ability of the Coruna virus to kill. The Robert Koch Institute assumes that the death rate of those infected with the virus is 2%, while the Chinese authorities indicated that this rate in the Hubei region - the first focus of the virus - reaches 2.9%, but many German experts consider this figure to be exaggerated.

The reason is that most statistics do not take into account people with weak or no symptoms. Therefore, the ratio circulated in the media about the critical cases that lead to death is exaggerated. The German virologist Christian Drosten considers the real percentage to be less than 0.7%. However, reliable and definitive numbers will only be available within months.


The ability to spread

The new Coronavirus can reproduce in the upper respiratory tract, a fact that has made researchers raise their degree of infection and spread, unlike what they initially thought.

German Drewsten believes that between 5 and 10% of people who have contact with an infected person are infected. Consequently, the infection of this virus has increased by 10 to 20 times, compared to the SARS virus that caused a global epidemic between 2002 and 2003.
According to the Robert Koch Institute, anyone who was close to an infected person for at least 15 minutes is considered to be in contact with an infected person. Experts believe that about 60% of the total population can theoretically be infected with the Coruna virus, and only then will a sufficient number of people be immune to the new virus, because once infected with it, it cannot usually be infected again. And 60% is a theoretical proportion in which a sufficient number of people enjoy immunity. Only then will the new virus be able to continue spreading.

Patrick Heinerfeld, editor of scientific affairs for the German SRSW media network, believes that the scenario of hitting 60% of the population may be realistic.

Is the infection repeated?

After infection with the virus for the first time, the immune system can interact more quickly with the second infection and secrete the appropriate antibodies. Thus, in principle, a person cannot become infected with the virus again. But if the virus mutates too much, it can be infected again. Influenza viruses are constantly changing and changing, so new vaccines must be developed every year.

The time between infection and the onset of symptoms

If someone is infected with the Coronavirus, the first symptoms usually appear after five or six days, according to the World Health Organization. However, there are individual cases in which the incubation period of the virus can last up to 14 days. Therefore, persons suspected of being infected must be put in quarantine for two weeks.

Figures in China show that older adults are more likely to die from the coronavirus. Scientists have studied about a thousand deaths, and it turns out that people over 60 are particularly vulnerable. However, this should be taken with caution, as it may - and very likely - be relevant to the histories of those involved, according to the World Health Organization. These include primarily high blood pressure, heart and lung disease, cancer or diabetes. The study also showed that men are now more at risk of contracting the virus than women.


According to the WHO, children were only infected with the virus in limited cases. The reason for this is still vague, although some doctors assume that the Coronavirus is less able to bind to certain receptors in children.


Are there any counter medications?

Until now, there is no effective drug against the Coronavirus, as many people have mild symptoms (about 80% of the cases recorded) and they do not need treatment at all. According to the first study from China, only less than 5% of cases can be described as critical, and here symptoms of the disease can be alleviated, but there is as yet no drug that will completely eliminate it.

When will a vaccine be released?

Researchers are in full swing around the world to develop a vaccine against the Coronavirus, but it is almost certain that no vaccine will be available to everyone before the end of this year. In Germany, several research laboratories in Marburg, Munich, and Tubingen have been racing to develop an anti-virus vaccine. To date, there are no studies that have reached the clinical stage, and this means that experiments are currently limited to animals