Home   health advice When will the treatment of the Coronavirus be discovered and will its spread be reversed soon?

When will the treatment of the Coronavirus be discovered and will its spread be reversed soon?

Dr. Nihal Abu Saif, a specialist in internal and acute diseases at the University of Birmingham in Britain, talked about the expected time ceiling to reach a cure for the emerging coronavirus "Covid-19", in an exclusive interview with Al Jazeera Net. 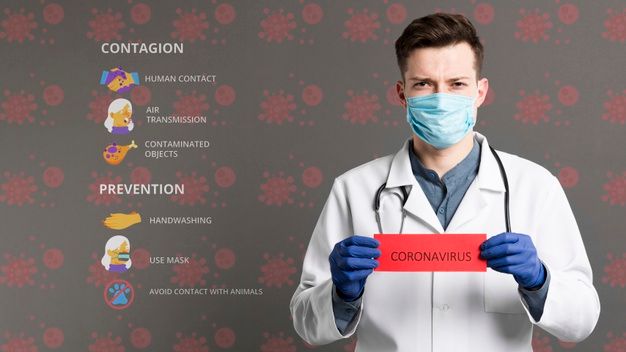 The specialist discussed the causes of the panic that afflicted the world, and about the period of time before the disease began to recede.


Where did medical research reach a cure for the emerging coronavirus (Covid-19)?


So far no vaccine has been discovered against the virus, but research is ongoing, and six vaccines have been found that can lead to the treatment of corona, and these vaccines were extracted from previous viruses such as SARS and also from some vaccines used in influenza because they all belong to the same Corona family.

One of these vaccines showed promising results in his ability to fight the emerging coronavirus, and the laboratory he is working on is in Britain and visited by British Prime Minister Boris Johnson, and if everything goes well, treatment can be reached after two months, and in the worst cases before the end of the year.

If the vaccine succeeds in fighting the Coronavirus, when can it reach people for treatment?

And the expectations that we have that the number of infections will decrease by May and June, and only the next two weeks that the spread of the virus will reach unprecedented levels because the virus incubation period that extends to two weeks will end and new cases appear, and the evidence is that the number of cases that were discovered increased during The past few days is at 200%.

There are inconsistencies between health institutions across the world about the possible history of treatment, so why?


According to the data that I have seen, I expect the emergence of virus treatment during this year, since the virus that affected all joints of life has emerged, and China is at the forefront of countries that make every effort to reach treatment for it and given the research carried out by the major laboratories in the world, I do not think that Treatment may be delayed until next year.

Dr. Nihal Abu Saif: I expect the emergence of virus treatment during this year (Al-Jazeera)


Everyone is talking about that the symptoms of corona are similar to the symptoms of influenza, so how can an ordinary person distinguish between them?
What makes it difficult to detect an emerging coronavirus is that it has no very distinct symptoms compared to regular influenza, because the main symptoms are high fever, head pain, muscle aches, and coughing, and these symptoms can appear on any person with the flu.

That is why when anyone arrives, we first analyze if he has the flu by taking a sample of his saliva, and in five minutes we know if he has it, and if the analysis shows that he does not have the flu then we move on to research if he is infected with the Coronavirus, and the first who we suspect are Returning from travel, but these days we got a warning that it can spread even among those who have not traveled abroad.

How are cases diagnosed with HIV infected when they reach the hospital?


We take a sample of the throat and a sample of blood, and they are tested by researching the antibodies secreted by the body against this virus, and we are not looking for the virus itself because this needs a digital microscope that is not available in all hospitals, and these antigens do not appear until two weeks after the latency of the virus But when it begins to penetrate, it controls the cells of the body and makes them produce other copies of the virus, increasing its number, and this is what causes the body to secrete these natural antibodies, which we measure in the blood.

When a person is infected with the virus, what actions do doctors take?


The protocol that is being followed, according to the British Ministry of Health, is that the casualty returns immediately to isolate himself - unless he has symptoms of pneumonia - so that he has to isolate himself in one closed room and not come out of it, and it is good to have a bathroom, and that It avoids going out or friction with anyone, and using his own cleaning materials, and all the things he uses during illness must be disposed of later, because no country in the world is able to receive all those infected with the virus, and the priority of hospital reception is for those who suffer from acute pneumonia, Or from chronic diseases such as heart disease, diabetes or cancer.

Is it true that people without elders recover quickly from the virus?


For ordinary people, the duration of infection with the virus is four to five days, after which the person returns naturally, and young people and children, in particular, can easily take the virus as if they are suffering from the regular flu, while the elderly in addition to patients with high blood pressure, heart and diabetes, these need special care.


Except for these categories, the rest are recovering naturally, without any medical intervention, with a lot of drinking fluids and eating protein and foods that provide energy to the body.

Why then the state of panic sweeping the world because of the virus?


The state of fear comes from hearing about the number of deaths caused by this virus, and this is what prompted the World Health Organization to delay declaring a state of emergency with the onset of its emergence until it spread to the rest of the world, and the death rate remains between 2% and 3%, note That the SARS mortality rate was 10%.

That is why people should be reassured while stressing the importance of prevention by caring more about hygiene and handwashing, and here I note that washing hands with soap and water are the most effective, and if there is no available then alcohol can be used for hands.